Mr. Naimi is co-founder and CEO of Gotech. Mr. Naimi started his own company “Tanajib for General Contracting” to provide oil field services to Saudi Aramco. Right from the start Mr. Naimi knew that to serve Saudi Aramco better he had to bring unique technologies into the Kingdom and in doing so would enable Saudi Aramco to save them millions of dollars in the process. In order to ensure the stability and continuing success of the company, Mr. Naimi formed a joint venture with the Al-Othman group and started Gas & Oil Technologies (GOTech) in 2006. The Al-Othman group, a trusted name and financially strong group, made it easy for Mr. Naimi to bring into the Kingdom the best and unique leading-edge technologies.

Mr. Naimi graduated with an accounting degree from Arab Beirut University in 1967, and joined Saudi Hollandi Bank, an affiliate of ABN AMRO, a Dutch bank which is the first and oldest bank in the Kingdom of Saudi Arabia. He retired from the bank as a Board Member. 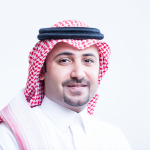 Mr. Abdulaziz is the founding member and Managing Director of Gotech (Gas & Oil Technologies) to serve oil and gas industry, recognizing the immense potential of growth within the energy sector of this country.

Mr. Abdulaziz vision to introduce new technologies in the Kingdom was the stepping stone for Gotech to start Joint Ventures and oil field services. He is instrumental in bringing world’s renowned companies and technologies to the doorsteps of the clients.

Mr. Abdulaziz is member of Society of Petroleum Engineers, Manufacturing engineers, Environmental engineers, besides other societies and also very involved in uplifting of small industries and other charities as part of Gotech Corporate Social responsibility.

Mr. Abdulaziz completed his Manufacturing Engineering degree from W.I.T in US and his executive MBA from Nottingham University in UK. 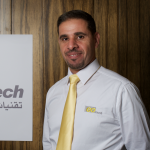 Mohammed Al-Arakzeh is GoTech’s General Manager, responsible for establishing, directing all operations and trading policies of GOTech. He holds a bachelor’s degree in Geology from Yarmouk University in 1994, Currently attending Online Master of Arts (M.A.) in Leading Innovation & Change from York St John University.In addition he holds several recognizable certifications such as ULead from INSEAD Executive Education, Crisis Leadership Management and Communication from Harvard Business School Executive Education and Senior Incident & Accident Investigator from Kelvin TOP-SET. Mohammed is active member of American Association of Petroleum Geologists (AAPG) and Society of Petroleum Engineers (SPE). Mohammed has around 20 years’ experience in Oil & Gas industry, he started his career with National Resources Authority as Wellsite Geologist in 1995, then joined Geoservices (A Schlumberger Company)as Logging Geologist in North Africa and Middle East. In 2004, Mohammed moved to Saudi to establish Geoservices business and succeeded to bring it up to the top business unit worldwide. In 2013, Mohammed transferred to Asia Pacific & Oceania region as Regional Sales and Marketing Manger then appointed as Region Manager (Vice President) in early 2014. Mohammed joined GoTech team and started his job on 1st October 2015. 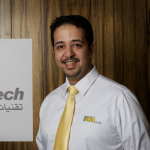 Rami El-Ashi is an experienced Business Development Manager with a demonstrated history of working in the Oil & Gas industry. He holds a bachelor degree in management from Saint Martin’s University and has completed his post graduate studies in Financial Engineering at Stanford University, USA. 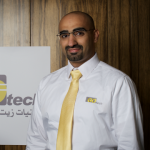 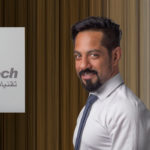 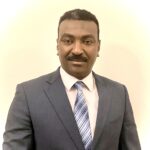 Mustafa has around 16 years’ experience in Oil and gas, started his career with Schlumberger and between 2004 -2012 had been assigned to different operations roles in East and North Africa Locations as Field Engineer, Engineer In charge and Field Services Manager, late 2012 he transferred to Saudi Arabia as Aramco and KJO Logging While Drilling Sales and Accounts Manager handling Aramco RDD, RMD & RCD departments. In 2015 Mustafa was appointed as Drilling Sales Account Manager for Aramco Offshore, North Areas and KJO Drilling.

In early 2017 after SLB purchased Cameron, Mustafa had been selected to be part of the integrations and synergy team and joint Cameron Schlumberger as Valves & Measurements Services Sales & Accounts Manager handling Aramco Upstream & Midstream, Refineries and Petrochemicals companies. Juan C. Cortes Pinzon is GoTech’s Account Manager, responsible for establishing new companies, introducing and approving new technologies with Saudi Aramco.
He holds a bachelor’s degree in Petroleum engineering form Universidad Industrial de Santander in 2000, and a MSc post-graduate study on Finance and Capital markets from Universidad del Rosario 2005.
Juan is an active member of the Society of Petroleum Engineers (SPE), has around 20 years’ experience in the Oil & Gas industry. He started his career with Schlumberger in 2000 as a Reservoir Evaluation field engineer in Colombia, Ecuador and Kazakhstan until 2004. Later after his postgraduate studies in 2005 he joined Halliburton as a Logging Engineer in Angola, then was assigned to Saudi Arabia as Operations Manager in 2010. In 2014 Juan was appointed as Business Technical Account manager until 2020 being in charge of Workover-LSTK and Gas units in Saudi Aramco. Juan joined the GoTech team on 1st of September 2020.

Nesreen Ahmed is Executive Secretary and Contracts Administrator, handling all aspects of secretarial work as well as contracts administrative matters. She holds a Bachelor’s degree in Petroleum Engineer from Sudan University of Science & Technology, 2005